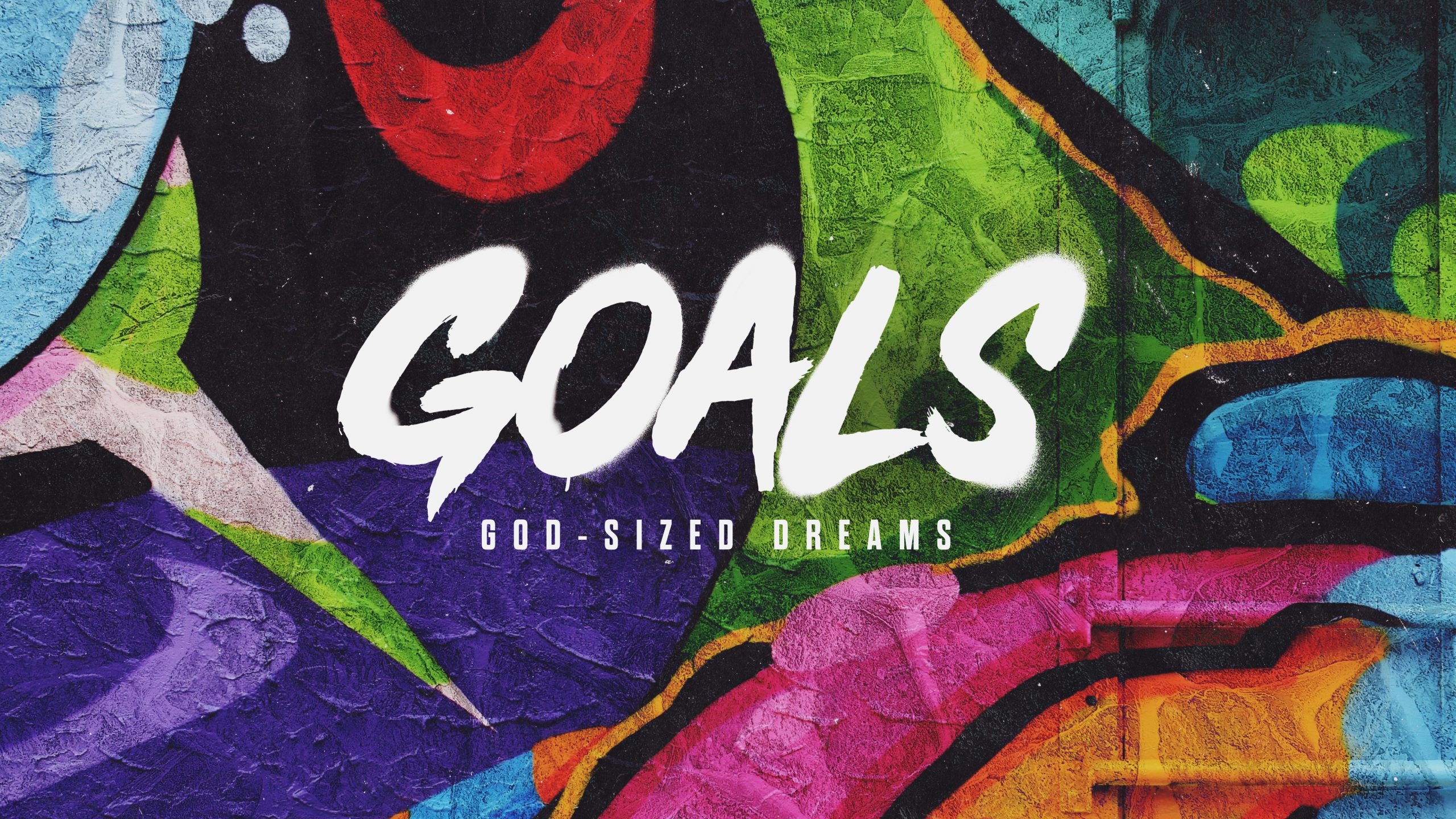 Ephesians 2:14 For Christ himself has brought peace to us. He united Jews and Gentiles into one people when, in his own body on the cross, he broke down the wall of hostility that separated us.

Welcome back to our series Goals where we are talking about Nehemiah, and his goal to rebuild the wall of Jerusalem. We are reading his story and seeing what it can teach us about achieving goals in our own lives.

Now the people we are learning about in this story live in a culture totally different, almost alien to ours.

If we were to teleport…and time travel I guess to their location, we would experience some major culture shock.

Anyone have a story about a time they experienced culture shock?

There have been a few times in my life when I experienced some culture shock.

Tonight though, I wanted to take a short detour from Nehemiah’s story and talk about another Bible character and the wall they had to deal with.

QUESTION: Anyone wanna guess who I am talking about?

Jesus! Anyone know what wall He had to deal with? It’s called the dividing wall of hostility.

What does that mean? Let’s go to Ephesians and find out.

Ephesians 2:11 Don’t forget that you Gentiles used to be outsiders. You were called “uncircumcised heathens” by the Jews, who were proud of their circumcision, even though it affected only their bodies and not their hearts.

Well there ya have it. Everyone got it? Clear as mud right?

In order to understand what we are talking about tonight we need to first establish some things.

What is a Jew? (Someone who is Jewish).

What is a Gentile? (Someone who is not Jewish)

Circumcision was a mark made in the body, and for the Jews it was a sign of their devotion and worship to God.

The Gentiles did not practice circumcision, and it was the primary way Jews separated themselves and judged the spirituality of others.

It was originally commanded by God, but was to be a sign of their hearts dedication to God. Over the years had had been corrupted and now no longer proved their devotion to God but rather just their own pride and was used as a tool to judge others.

This is why Paul says their circumcision affected only their bodies, and not their hearts.

All this to say; they were different from each other. You ever meet someone different then you? Maybe you’ve been to another country. Maybe even in a different state. Hey, maybe even the neighbor across the street seems like they are from another planet from you.

You don’t dress the same. You don’t listen to the same music. You have virtually nothing in common.

This is essentially what is going on in the church at Ephesus.

Jesus was a Jewish Messiah who came and died, rose from the dead, and started a global movement of people who believed in Him. A movement that included Jews and Gentiles.

So now all of a sudden you got these very, very different people who would almost never get along before, and now they are all Christians and hanging out together. And yet, they still didn’t really get along. And that’s why Paul is writing them, basically to tell them to knock it off.

Ephesians 2:14 For Christ himself has brought peace to us. He united Jews and Gentiles into one people when, in his own body on the cross, he broke down the wall of hostility that separated us.

What is the “dividing wall of hostility”? Lets look at that list of differences again.

That’s exactly what that wall is. That line in between that separated the Jews and gentiles. Whenever we make a list and focus on our differences, that is the very wall that Jesus came to destroy.

When I decide you are different then me, so therefore I don’t like you, or won’t sit by you, or won’t be friends with you, or wish you harm, or will talk bad about you, or will even use foul language to describe you; I am building the very wall Jesus came to tear down.

I am making myself an enemy of God’s work, and God’s will.

This includes being a bystander. To ignore injustice or to think its funny, to rejoice when someone we don’t like suffers harm, all of this is in opposition to Jesus and His way.

What is Jesus’s way? Well lets look back at Ephesians.

Ephesians 2:15-18 He made peace between Jews and Gentiles by creating in himself one new people from the two groups. 16 Together as one body, Christ reconciled both groups to God by means of his death on the cross, and our hostility toward each other was put to death.

17 He brought this Good News of peace to you Gentiles who were far away from him, and peace to the Jews who were near. 18 Now all of us can come to the Father through the same Holy Spirit because of what Christ has done for us.

As Crossover, as Faith Church, as Christians we are completely committed to love, and completely against all forms of hate.

In a moment we are going to split into small groups to discuss how to do that further.

Jesus died to tear down the wall of hostility. Let’s not be people who rebuild it.

My challenge today is two fold: